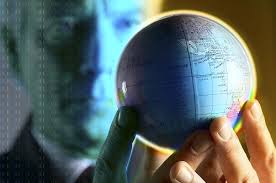 Several years ago I stumbled across a site called Neithercorp. At that time there were few publications that dealt with the spectrum of issues that now make up the Alt-Right or those preparing for a societal collapse, and few still to this day that convey the succinctly well developed ideas of creator, Giordano Bruno, aka Brandon Smith.

In 2010, Neithercorp was subjected to a number of cyber attacks that caused the site to stop operating; once you start reading you will see why and by whom. So we are taking this opportunity to share some of the archived Neithercorp articles still available on the internet. Archives

Neithercorp also produced a small number of films, the most notable of which being Sons of Darkness, Sons of Light.

Brandon Smith, who for many years has written under the alias Giordano Bruno, has launched a new website called Alt-Market.com. The goal of Alt-Market is to facilitate barter networking and the exchange of knowledge and ideas for thriving in a faltering monetary environment. Alt-Market’s developers would like to de-centralize and de-globalize our system of commerce and help us re-localize our economy, in order to insulate cities and states from a possible (and ever more likely) collapse of the dollar.