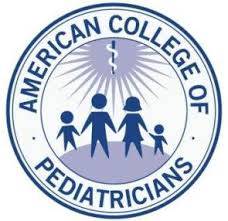 The American College of Pediatricians urges educators and legislators to reject all policies that condition children to accept as normal a life of chemical and surgical impersonation of the opposite sex. Facts – not ideology – determine reality.

2. Everyone is born with a biological sex. Gender (an awareness and sense of oneself as male or female) is a sociological and psychological concept; not an objective biological one. People who identify as “feeling like the opposite sex” or “somewhere in between” do not comprise a third sex. They remain biological men or biological women.

3. A person’s belief that he or she is something they are not is, at best, a sign of confused thinking.

4. Puberty is not a disease and puberty-blocking hormones can be dangerous. Reversible or not, puberty- blocking hormones induce a state of disease – the absence of puberty – and inhibit growth and fertility in a previously biologically healthy child.

6. Children who use puberty blockers to impersonate the opposite sex will require cross-sex hormones in late adolescence.

7. Rates of suicide are twenty times greater among adults who use cross-sex hormones and undergo sex reassignment surgery, even in Sweden which is among the most LGBTQ – affirming countries.

8. Conditioning children into believing that a lifetime of chemical and surgical impersonation of the opposite sex is normal and healthful is child abuse.