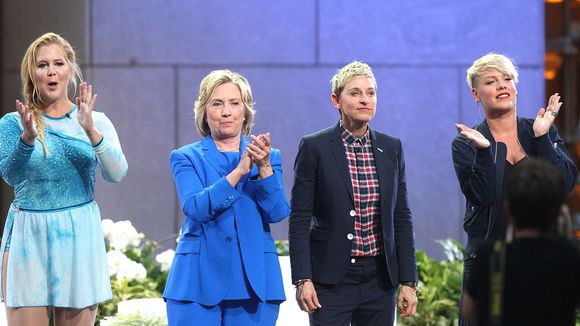 From the European migrant crisis, to Brexit and into the current U.S. election campaign, there’s a war being waged between the forces of Nationalism & Globalism, and many people have been manipulated into supporting the wrong side.

These theatres have provided the battlefield for a conspiracy of elites seeking to coerce their globalist top-down borderless societal model onto a growing grass roots nationalist resistance.

What is so bad about wanting to create the perfect borderless global society? You ask. Other than the fact that they by definition cannot be representative and therefore tyrannical, whenever governments have embarked upon utopian societal projects, the eventual cost in human life has been appalling.

The European Union is facing existential threat, thanks to the “forces of populism”, Commission President Jean-Claude Juncker has said in his State of the Union address. But he said the threat could be overcome by doubling down on the European project. Read More

And now those on the progressive left in the U.S. are angry because they realize that their only hope is a morally bankrupt dying criminal of dynastic proportions. HuPo Hate

Just as their hope for Europe was an unaccountable federalist elite who operate on an ideological level with little or no recourse to the hundreds of millions of Europeans they ‘represent’, stripped down behind the coercive narrative, this is a war between people and power; between David & Goliath; the forces of tyranny and freedom. How could anyone get this wrong?

So it must be a sickening feeling, that moment of realization that you are on the same side as tech giants Google, George Soros, Saudi Arabia, Oprah Winfrey, the Clinton crime dynasty and the Warfare State with its shopping list of regime change.

Hillary Clinton is a bigger criminal seeking office, than Richard Nixon was leaving it.

Hillary Clinton has been given every possible help she can be afforded, from FBI complicity in their investigation of her email scandal (no charges – careless rather than criminal), to the tech giant Google omitting ‘Hillary’s Health’ from their top search results…

despite the stories regarding her health going from suppressed by mainstream media outlets, to managed in the space of a week. These are the people literally propping up a dead candidate unfit for office. What more evidence do you require?

So it seems a tadge rich to say the least that Hillary should brand half of Thump supporters ‘a basket of deplorables’ when the people who prop her up, like the battalions of the shills that Hollywood seems to be able to produce, are a walking catalogue of justifiable contempt.