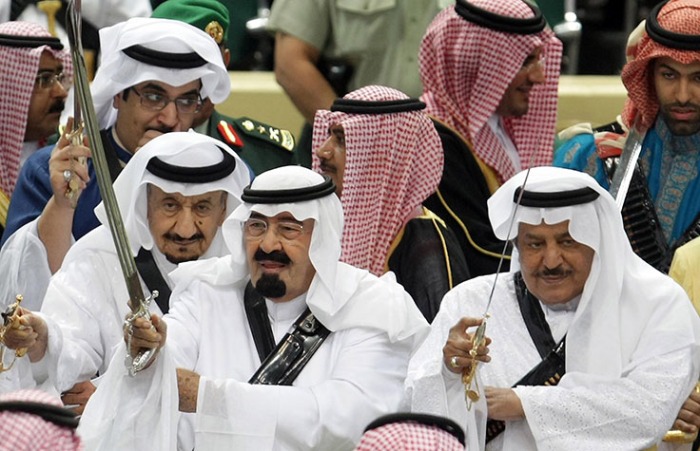 Today’s exclusive report in the Daily Telegraph that Saudi Arabia is to sell off part of its nationalized oil industry only lends credence to what we have been saying for some time: the kingdom is running out of oil and will face ruin within ten years.

As Ambrose Evans-Pritchard of the Telegraph reports:

Saudi Arabia is planning a three-way foreign listing in London, Hong Kong, and New York for the record-smashing privatisation of its $2.5 trillion oil giant Aramco, anchored on a triad of interlocking ties with three foreign energy companies.

The moves come amid a profound shake-up of the kingdom’s energy strategy, with the dismissal of veteran oil minister Ali al-Naimi over the weekend.

Prince Mohammad bin Salman, Saudi Arabia’s deputy crown prince aims to clear away a clutter of subsidies, pushing through a Thatcherite shake-up of what still remains a medieval economic structure. The plans draw on a McKinsey report, “Beyond Oil”, which warned that the kingdom is heading for bankruptcy if it fails to grasp the nettle.

The vast IPO is the spearhead of his “2030 Vision” to break the country’s “addiction” to oil and diversify, using the proceeds for an investment spree covering everything from car plants to weapons production, petrochemicals, and tourism. “We will not allow our country ever to be at the mercy of commodity price volatility,” he says.

While the Saudis are shocked by the anti-Muslim rhetoric of Donald Trump, they are more disturbed by legislation in Congress that would let survivors of the 9/11 terrorist attacks file lawsuits for damages against Saudi Arabia.

The vast Ghawar field –with capacity of 5m barrels a day – dates back to the 1940s, with no major finds in the kingdom since the 1960s. Yet declared reserves have been strangely stable for decades.

It looks like the kingdom’s royal elite are starting to diversify while the getting is still good. They have a restive and increasingly militant population they keep sedate with oil wealth and a craddle-to-grave welfare state.

Yet there are mounting concerns over the fragility of the Saudi state itself as the Middle East is engulfed by a Sunni-Shia battle for dominance, all too like Europe’s Thirty Year War.

Aramco’s oil reserves are largely in the Shia regions of the Eastern Province. This is a combustible zone after the execution of the Shia sheikh Nimr al-Nimr in January for civil protest, prompting outrage and vows for revenge.

Couldn’t happen to nicer people, we agree. Especially as the Kingdom of Saudi Arabia is the #1 exporter of toxic Islamist doctrine and propaganda on the planet; it would be sweetly poetic if that same extremist ideology they’ve been pimping around the world for decades provided the fertile soil for their own downfall.

However, the geopolitical ramifications of the kingdom either starting to running out of oil or falling victim to an Islamic revolution (most likely both in close succession), would be cataclysmic.