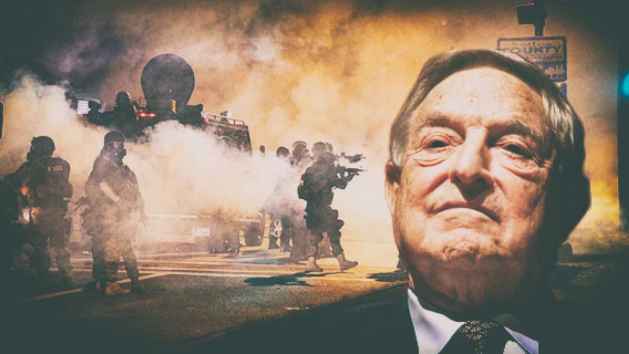 George Soros’ involvement in U.S. politics, went from coercive meddling to open treason this week when it was revealed that it was his organizations that were behind the orchestrated riots in U.S. cities after Trump’s electoral victory.

Billionaire globalist and messianic financier George Soros’ MoveOn.org has been revealed to be a driving force behind the organizing of nationwide protests against the election of Donald Trump. He appears to be driving a wedge among Americans to foment a Socialist political revolution.

Proof Soros Is Behind Riots / Protests Against Donald Trump

Soros, change.org and various progressive and leftwing fronts for the oligarchs pretend to be for democracy, but they are acting in behalf of Oligarchy. We are witnessing a direct attack on American democracy. These protesters are the hired mercenary enemy of the American people.

The press prostitutes continue to lie to us. They pretend that the anti-Trump protests are real spontaneous events although the prostitutes know that the “protests” are orchestrated by George Soros and front groups for the Oligarchy such as change.org and other fake progressive groups funded by the oligarchs. 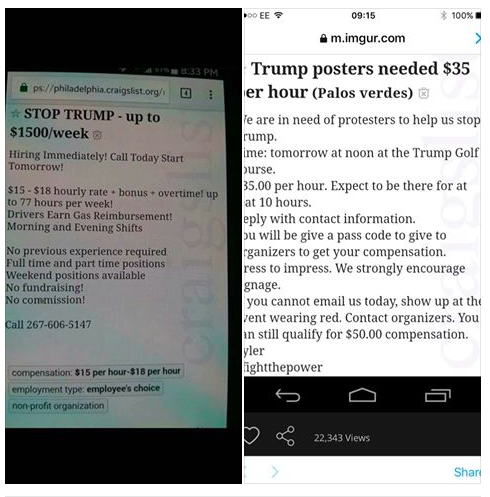 Which begs the question: How is it that George Soros is still walking around?

Soros occupies a unique place: given the influence his various organizations peddle in their attempts to Balkanize every western nation through coercive engineered migration, this is a man who could find himself standing on the scaffold of any western capital from Berlin to Washington, as traitor.

Soros is the subject of a Russian arrest warrant, as his Open Society Foundation is considered ‘a threat to national security.’ And you have to ask why the globalist program of destabilizing and bleaching of European culture through engineered forced migration is not seen in as the same threat in progressive societies, especially given that he was the architect of the now disastrous Merkel Plan.

The Merkel Plan was created by the European Stability Initiative whose chairman Gerald Knaus is a senior fellow at none other than the Open Society Foundations.

The plan proposes that Germany should grant asylum to 500,000 Syrian refugees. It also states that Germany, along with other European nations, should agree to help Turkey, a country that’s 98% Muslim, gain visa-free travel within the EU starting in 2016.    Read More

There’s only one other movement that shares this odious title of being a traitor to every society: Islam. Regardless of the society both globalists & Islamists are traitors to all and seek nothing less than the undermining of every other form of government, even the most welcoming and benign of hosts.

One thought on “George Soros: A Traitor To Every Society.”