Dolce & Gabbana are taking a little break from designing for Hollywood ho-bags and metrosexual dudes with eating disorders to do something a little more modest: hijabs and abaya cloaks for Muslim women.

Not sure how modest the fashion shoot for them was, though. I mean, you can see their feet and ankles, they’re wearing red nail polish, which was a big no-no as far as the Taliban was concerned anyway, and just look at that slut on the top left with the bare forearms: 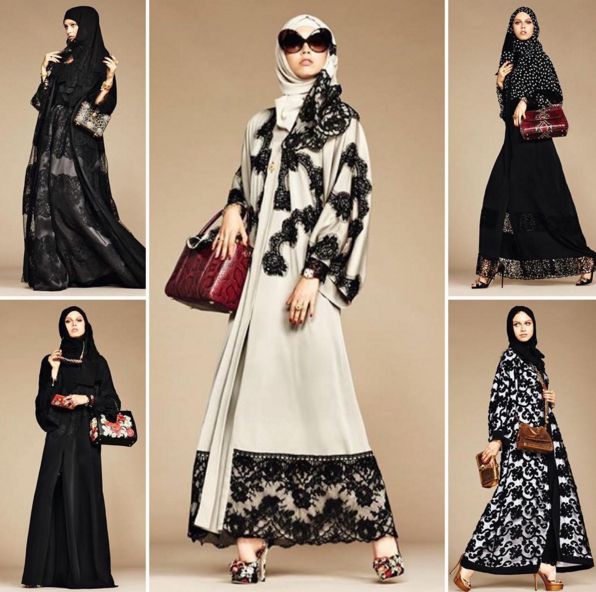 As Pamela Geller puts it:

Cultural jihad from a gay couple, no less. Dolce & Gabbana has revealed the Italian fashion house’s first hijab collection on Instagram. Dolce & Gabbana is designing fashion for an ideology that calls for their deaths. Madness. Imagine Jews designing for members of the Nazi party during the 1940s.

Hey, makes sense, sorta: happy wife, happy life, right? So if you get the wives loving your brand, maybe the husbands will throw you off the building last? Worth a shot, I suppose.